On the 25th of September the Battle of Britain was entering its third month. While there may never be complete agreement on the specific the win/loss ratios, it is nevertheless true to say that through August and early September the RAF had barely managed to replace its losses in aircrew and aircraft. Aircraft production had been heavily targeted by the Luftwaffe and the RAF’s operational aircrew losses were only just matched by the training unit output; the exhaustion of both its physical and material reserves was a real and present danger.

END_OF_DOCUMENT_TOKEN_TO_BE_REPLACED

And now for something completely different.
Some close ups…
On 8th June 1982 this Wessex was involved in the rescue of survivors from the the RFA Sir Galahad.
Getting this one across the line hasn’t been easy, but I like the result.
Getting closer to the finish.
The Captive Wulf is finished, link in bio. 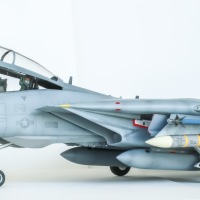