The F/O Ian Keltie, RCAF Feature Article I published a few days ago was one which really chrysalises the value I find in pursuing the hobby in the way I do.

I met Robert Bracken at our local model club in St. Catharines, Ontario sometime in 2000.  Soon after I came to know his books on Spitfire pilots titled “Spitfire – the Canadians, vol 1 and 2”.  Robert was a photographer by trade but a Spitfire enthusiast by passion and his books (and models) delivered every ounce of that passion.

Robert had health issues that affected his mobility but nonetheless he would make it to club meetings and share his latest finds, or his latest plans.  It was a pleasure for me to occasionally help him with one or the other.  Near the end of his life we began to hatch plans to try to turn his raw research into a volume 3 of “The Canadians”.  Alas however, it wasn’t to be; Robert passed away on 29 September, 2003 (obituary) and his research, as far as I know, was lost.

During one of our many conversations about the pilots Robert had interviewed for his books he mentioned that one of them, Ian Keltie, lived in Toronto.  As Toronto is only around 100km from St. Catharines I immediately decided to build Ian’s Spitfire and see if I could somehow get it to him as a gift.

Some months later, I picked Robert up at his apartment and we drove together to Toronto to have dinner with Ian Keltie.  With us was the model you see in the photo below.  I could barely contain my excitement, and yet at the same time I was quite nervous. 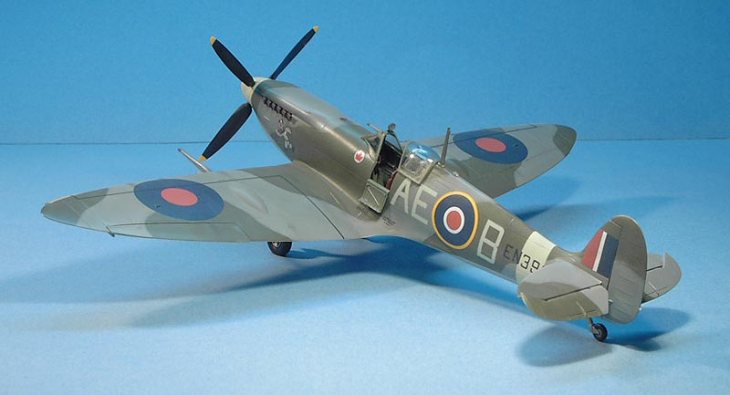 The remainder of the evening was truly exceptional.  Ian insisted on driving us to the restaurant; it was no real surprise he drove a sports car – a Jaguar.  He drove the way I imagined a Spitfire pilot would drive too (use your imagination).  During the next few hours Ian shared some stories of his time in the RCAF as well as his post-war life.  I just listened, it was a wonderful evening.

In those pre-smartphone days, a camera was something one had to remember to bring to an event such as our dinner that evening.  I didn’t and unfortunately have no record of our evening except in my memory.

Ian Keltie passed away a few years later on 29 January, 2007 at the age of 86.  Below is the Toronto Star article recognising a life lived well.

Getting to know Robert Bracken and meeting Ian Keltie; all this from a hobby building plastic model kits.  Added value indeed.

Final Note: Many thanks to Larry Milbury at Canav Books for the Toronto Star scan.

A little late on posting this but the Mk.XIVe is done.
The uppers are mostly painted now, only the squadron markings and serial number plus some details remaining such as the wing walk lines. After that, the stencil decals.
My Spitfire is coming along. Underside painted, including the markings from masks I made. Next, a few of the stencil decals.
That’s a wrap on the magnificent @tamiya_inc_jp #148scale #faireyswordfish built as a Taranto raider. Glamour shots and write up coming soon.
The fuselage is done. The wings next.
All the markings are now painted, so it’s on to the weathering. I’m going to take the fuselage to its finish before doing the same for the wings.
Join 99 other followers 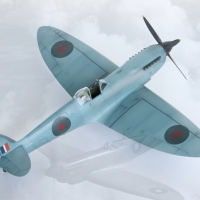 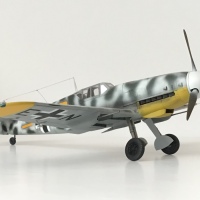